Sign up to receive mail from the Mirrored City

Welcome to the winding streets of Shadespire. The great Mirrored City was once home to the Katophranes; powerful mages who cheated death by storing their spiritual essence in shadeglass. Enraged by this defiance, the Lord of Death Nagash cursed the city, trapping those within its walls to be imprisoned and tormented forever in shadeglass and condemning the city between the realms of light and shadows. Stuck between these two opposing realms, those who find themselves in this forgotten city, now enter the Underworlds. Never to be granted the release of death.

Today, rumors of grand treasures lost within Shadespire have caught the air, enticing those far and wide to foolishly seek out the city. Each warband that enters is now doomed to a life of endless combat, forever roaming the streets and catacombs of the cursed city, doing battle with everyone they encounter… even mysterious reflections of themselves. 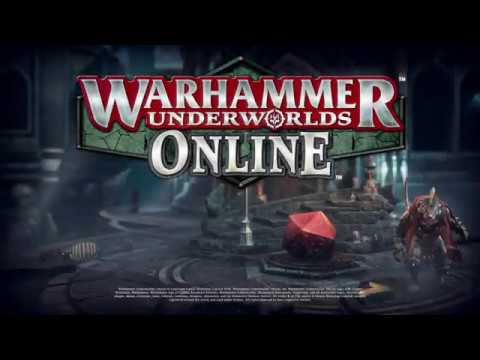 When we released Warhammer Underworlds: Online into Early Access on the 28th of January earlier this year, we were excited to work closely with our community to make a great game. With hundreds of play hours, bug-reporting and feedback, our players have been an essential part of development.
This brings us to today. We believe that the game is in a state that everyone should enjoy! Both newcomers to Underworlds and veterans alike!

This doesn’t mean we’re done. Not by any means. This is a beginning. Warhammer Underworlds: Online is a live game. We at Steel Sky Productions are continuing to bring you more content: cosmetics, universal cards, warband DLC and more!
With each patch/update there also will be quality of life improvements that will either be addressing bugs or implementing feedback from you!

To help us know what you want to see in future updates, or say just to say hi, be sure to join our official Discord , follow us on Facebook and Twitter, or tune in to one of our streams on Twitch or Youtube. We’re excited to hear from you.

To celebrate our release, we’re having a launch discount! This will be for a limited time!

We welcome all lost souls, old and new, to the cursed Mirrored City of Shadespire.